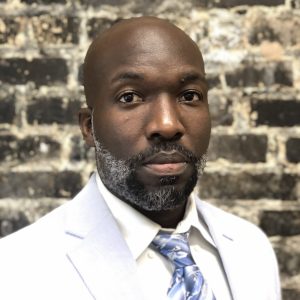 Lloyd Jarrow is a former client who joined Parole Project’s staff in July 2021 as a reentry specialist. Arrested two months after his 17th birthday and subsequently sentenced to life in prison, Lloyd was granted parole in 2019 after being incarcerated for 25 years. He is one of thousands nationally sentenced to die in prison for offenses committed as children, who were given second chance opportunities when the U.S. Supreme Court ruled that mandatory life without parole for persons under age 18 was unconstitutional and that they should have a “meaningful opportunity for release.”

When he entered prison, Lloyd was reading and writing at a fourth-grade level. But the shy, insecure boy whose primary youth education was shaped in the streets of his crime and drug-plagued neighborhood, transformed himself though a fierce determination that refused to let his circumstances define the person he wanted to and knew he could be. Today, Lloyd is an advocate for second chances through his work with Parole Project and as part of the Nantucket Project’s American Neighbor documentary “Courageous Conversation.”

Indelibly shaped by what he calls the most important experience of his incarceration, providing end of life care to patients in the prison hospital as a hospice volunteer, Lloyd developed a deep capacity for empathy and gratitude that carries over into his work with the men and women he helps to rebuild their lives.

“Being a reentry specialist with Parole Project is the best job that I have ever had. Helping others is the ultimate life purpose.” 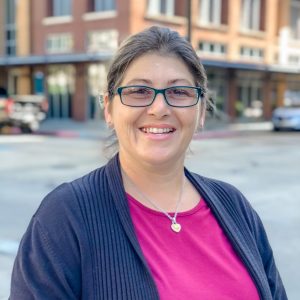 Christi Cheramie, a former Parole Project client, was one of the more than 300 Louisiana juvenile lifers. She was convicted at age 16 and sentenced to life in prison before the U.S. Supreme Court invalidated mandatory life without parole for children saying that they must be given a meaningful opportunity for release.

While at the Louisiana Correctional Institute for Women Christi developed a reputation for learning and leadership. She focused on education and personal development, earning six distinct horticulture certifications, including landscape contractor, before becoming a horticulture tutor/instructor and giving back to help others.

She was granted parole in January 2019 after having served 25 years. Christi completed Parole Project’s residential intensive reintegration program before she began working for one of the largest plant and landscape nurseries in Baton Rouge. She joined Parole Project in August 2019 as a reentry specialist working with our clients to help them navigate the process of life after prison.

Christi sees her incarceration experience as a life-refining process and is grateful to be in a position to be a symbol of hope and redemption to those who are still incarcerated. 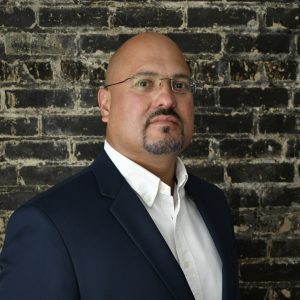 Louisiana Parole Project Reentry Specialist Matthew Pineda brings a special kind of enthusiasm to work with him each day, harboring high hopes and great expectations for the clients he assists with their transition from prison to modern society.

It is a journey he knows well, having served 35 years on a life sentence that he received at age 16. While in prison Matthew earned over 80 credit hours in a Specialized Business Degree Program through Ohio University and International Correspondence Schools. He completed vocational certifications in welding and residential carpentry.

Matthew also earned a Distinguished Toastmaster designation from Toastmasters International and spent 12 years as a member of Jaycees receiving its highest honor given to a member, a JCI (Junior Chamber International) Senatorship granting him a lifetime membership. He served as a 12-Step study group facilitator, is a certified substance abuse peer counselor for Celebrate Recovery, and an R.C.I.A. Catholic Catechism facilitator.

He attributes his growth, maturity, and his freedom to his faith in God. With a strong religious upbringing and lots of support from his family during his incarceration, Matthew believes that none of his accomplishments and achievements would be possible had it not been for the God-given talents and experiences inside of the Department of Corrections. 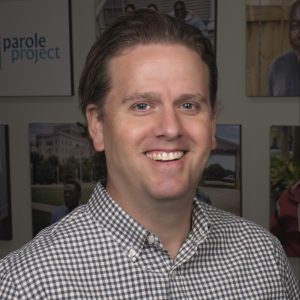 Andrew carries many titles: non-profit organization leader, coalition member, mentor, advocate, and college graduate. But it was not that long ago when he carried the label “juvenile lifer.”

In June 2016, Andrew became the first juvenile lifer in Louisiana to be paroled following the U.S. Supreme Court’s Miller/Montgomery rulings that prohibited the mandatory sentencing of children to life without parole— the Louisiana Committee on Parole recognizing that he was not the same 15-year-old that went to prison in 1997.

In August 2016, he co-founded Louisiana Parole Project to help the nearly 300 men and women in Louisiana who, like him, were sentenced to life for crimes they committed when they were children. Under his leadership, the organization has expanded to others who have served extreme prison sentences and are ready for their second chance. Andrew earned an Associate of Science in Criminal Justice from Baton Rouge Community College and received his Bachelor of Arts in Sociology with a concentration in criminology from LSU in May 2019. Andrew completed his Master’s Degree in Criminology and Justice from Loyola University New Orleans in July 2021.

“When I left prison, I left behind people who are no less deserving of the opportunity I was given,” Andrew explained. “Our mission isn’t simply to gain freedom for men and women who have turned their lives around, it is to help remove barriers and provide them with the tools they need to reach their full potential. 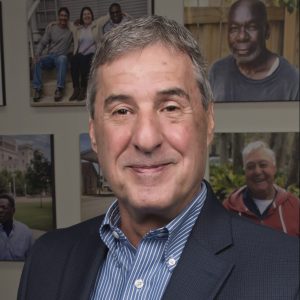 An award-winning journalist, Kerry’s path began as a communications and journalism major at LSU and Nicholls State University where he cut his teeth in both print and radio news. He began working with Parole Project in 2017 as a volunteer to assist with media relations, and joined the staff as communications director in January 2018. He was named deputy director in July of that year. In 2019 Kerry was named a Represent Justice Ambassador. The national organization turns stories of hope and redemption into action to change the justice system. Kerry continues to produce as a freelance journalist. In 2019 he was a contributing author on “The Meaning of Life,” a book about the nation’s overuse of life without parole sentences.

In April 1990, Kerry was sentenced to life in prison for a crime he, his family, the victim’s family, and the investigating detective maintained he did not commit. Five years after arriving at the Louisiana State Penitentiary Kerry was hired as a staff writer for nationally-acclaimed Angolite magazine. He was named editor in 2001 and, under his direction, the magazine’s reporting on the death penalty earned national recognition with the Thurgood Marshall Journalism Award in 2007. In 2011, Kerry won the PASS Award for Journalism (now called the Media for a Just Society Award) from the National Council on Crime and Delinquency for the magazine’s coverage of juvenile life without parole sentences. During his tenure the magazine also won three APEX Awards of Excellence for Magazine and Journal Writing and was a finalist for several other national journalism awards. Kerry’s 2011-2012 three-part series on the history of women in the Louisiana penal system received critical acclaim. Taking on subjects like human trafficking, aging, Alzheimer’s and dementia in prison, sentencing, pardons and parole policy and more, the magazine became a resource for many top criminal justice and law programs in the country. 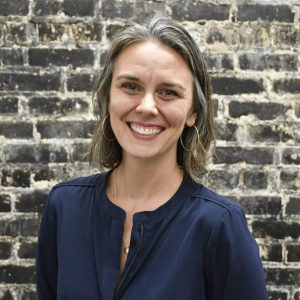 Parole Project Legal Director Jill Pasquarella is a state and national leader on ending juvenile life without parole and other long sentences for youth, having led efforts in Louisiana to provide release mechanisms for children serving extreme sentences.

Prior to joining Parole Project, Jill was the Director of the Campaign to End Extreme Sentences for Youth at the Louisiana Center for Children’s Rights and a Supervising Attorney at the Orleans Public Defenders. She is the recipient of the Lucy McGough Juvenile Justice Award from the Louisiana Association of Criminal Defense Attorneys for her work ending life sentences for children. 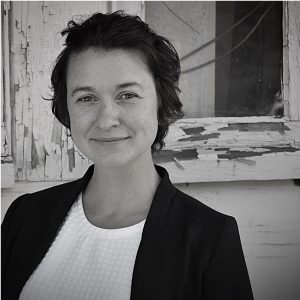 Jane Hogan is an attorney from Hammond, Louisiana, who specializes in criminal post-trial procedures that includes post-conviction petitions and parole and clemency hearings. She earned her juris doctorate from LSU Law Center and, after working as a public defender in Lafayette, Louisiana, she joined the LSU Law Center Parole and Reentry Clinic as an adjunct professor and supervising attorney.

Jane is one of the state’s most experienced parole and clemency attorneys having participated in the representation of approximately 100 clients before the board.  She Joined Parole Project in 2019. 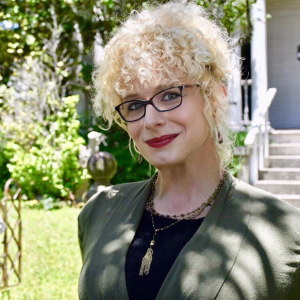 Ashleigh began her career in reentry and paralegal services a Project Coordinator for Reentry Benefiting Families in January 2016.  She brings a diverse set of experiences and educational credentials to Parole Project and is well suited to take on the wide variety of duties associated with her position. In addition to administrative oversight, she provides support for intern supervision, community outreach,  volunteer relations, and donor campaigns.  Ashleigh is also certified to facilitate Moral Reconation Therapy (MRT) groups.

An advocate of restorative justice initiatives for victims and offenders, and non carceral solutions to crime, Ashleigh is committed to defending the the rights of the formerly incarcerated and providing support, encouragement and opportunity to those transitioning back into society after prison.

Ashleigh is invested in supporting special populations of the formerly incarcerated in Louisiana like women, members of the LGBT+ community, registered citizens, and others who face unique challenges after release. like  She is very knowledgeable about the laws surrounding Louisiana’s offender registry and the negative impact the ineffective post-conviction registration scheme has on successful reentry.

She earned an MFA in Theatre from Western Illinois University that led to positions as program director and education coordinator for a performing arts company where she gained extensive experience in the nonprofit sector.  She has a BA in Social Work and experience as a drug and alcohol counselor and an intake specialist in a mental health hospital.   After her first round of graduate school, Ashleigh began a seven-year stint as a Ph.D. student and adjunct instructor at LSU while simultaneously earning her teaching certificate and working as an educator in both public and private schools.

However, it is Ashleigh’s life experience that led her to a career in reentry services.  She not only understands what it means to have your entire life put into the hands of the criminal justice system, but she also knows the power and grace of a second chance.

A Baton Rouge native who lives with her husband and daughter in Mid-city,  Ashleigh joined the staff of Parole in January 2018. 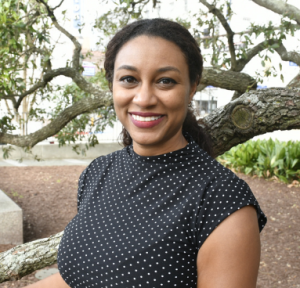 Prior to joining Parole Project, Kelly was a Policy Coordinator with VOTE (Voice of the Experienced) where she worked to pass key legislation aimed at reducing Louisiana’s incarceration rate, removing barriers to successful re-entry, and protecting basic human and civil rights of those who are currently and formerly incarcerated.

As a loved one of an incarcerated person, Kelly understands the importance of support during and after incarceration. Having helped prepare her fiancé for a clemency hearing in 2020, she has an intimate knowledge of the parole and pardon process.

Kelly is a graduate of LSU and brings to her role as Deputy Director of Client Services extensive corporate and business experience. She is motivated by each client to help the next man or woman reach their full potential after incarceration.